How Much Omega-3 Should I Take Per Day?

We hear about them often and how important they are to our health...

But for most of us, we’re just not getting enough omega-3s.

In fact, two out of every three adults suffer from some degree of omega-3 deficiency. This number is significantly higher in children.

So, what's keeping us from getting the correct amount of omega-3s?

It may be because the purest natural source of omega-3 is wild caught, cold water fatty fish.

Not only is that a mouthful, but it’s also not everyone’s cup of tea when it comes to favorite foods. I know it isn’t mine either...

Simply put, most Americans just don’t eat much of these fatty fish.

Sure, we may enjoy a tuna fish sandwich or an herb-seared salmon every now and then ... but the idea of increasing your consumption of oily fish may not sit well with your stomach. Another reason we don't get enough omega-3s could be a lack of knowledge. If we don’t know much about omega 3s or where to get them, then it's easy to see why it would be challenging to get foods that are rich in omega-3s into our diets.

Whatever the case though, omega-3 fatty acids are important ... and the reality is that they can be super beneficial to healthy living.

On the flip side, those who suffer from omega-3 deficiency may even experience health complications.

But that begs the question: How much omega-3 should we be getting every day?

In this blog, I'll answer your most important omega-3 questions: What is it? What does it do for your body? And how much should you be consuming every day?

What is an Omega-3 Fatty Acid?

Omega-3s are a type of fatty acid, but what does that mean?

It means that omega-3 molecules are made up of long chains of carbon atoms with a carboxyl group at one end of the chain and a methyl group at the other.

For non-chemists like me, and probably you too, this definition isn’t important.

What is important is recognizing that there are many kinds of omega-3 fatty acids.

ALA can be found in certain plants such as nuts and seeds. Long-chain EPA and DHA oils come almost exclusively from fatty fish, as well as krill oil and algae oil.

These fatty acids are essential to human health.

They play a vital role in the structure of our cells. They also support the heart, lungs, blood vessels, and immune system (among many other things).

Omega-3's have even been shown to reduce the risk of cardiovascular disease, strokes, and blood clots!

Diets rich in fish oil have been linked to reduced arterial build-up, lower blood pressure, and a reduced inflammatory response.

In other words, the human body needs to get omega-3 fatty acids from food, because the body is not capable of producing omega-3s from other raw materials.

This also means that your body can't create its own omega-3s...

Which is what makes them essential!

As such, we need to rely on the foods we eat (and the supplements we take) to supply us with a steady source of omega-3s.

But for much of the world, that hasn’t been happening, which can lead to some serious problems.

What Happens if I Have an Omega-3 Deficiency?

How important are omega-3 fatty acids?

Well, for one thing, insufficient omega-3 intake has been linked to between 72,000 and 96,000 preventable deaths in the US alone.  This makes omega-3 deficiencies one of the leading causes of death in America.

That’s a scary thought, isn't it? That your life expectancy may be connected to how much fish you consume on a daily basis.

Omega-3 deficiency can often cause skin irritation too. Things like dryness, acne, rashes, irritation, and dermatitis are all common.

This is because omega-3s help maintain the skin's natural moisture barrier. This barrier helps to protect the skin from the harsh effects of the outside world.

Eye health is affected by omega-3 intake as well ...whether it be dry, itchy, or otherwise irritated eyes. These are common things someone who is deficient in omega-3s may notice.

And as fish oils can help to protect and keep moisture in the skin and eyes, they can also help keep hair healthy. Too little omega-3 can actually result in reduced hair integrity and density. It can also lead to brittle hair, thinning hair, and even hair loss.

Asthmatics may also suffer from insufficient omega-3 intake. Omega-3’s anti-inflammatory properties may help prevent many of the respiratory symptoms that are associated with breathing difficulty in asthma attacks.

...and that’s just the tip of the iceberg.

Without enough omega-3s, you can even experience fatigue, joint stiffness, and inflammation, but it doesn't stop there. Dandruff, difficulty concentrating, and brittleness in the finger and toe nails are also common. Even insomnia, other sleep disorders, and increased levels of depression and anxiety can be a result of an omega-3 deficiency.

Therefore, consuming the recommended amount of omega-3 fatty acids should be a major priority for all of us.

How Much Fish Oil Should I Take?

Everyone is different, and so is every human body.

It stands to reason that different individuals might need different amounts of omega-3s on a consistent basis.

There is no official recommendation from the National Academies’ Food and Nutrition Board on daily intake of EPA and DHA omega-3s.

Even so, many experts agree that a good rule of thumb for the average healthy adult is a minimum of 250mg of combined EPA and DHA per day.

Pregnant and breastfeeding women should consider increasing their omega-3 intake beyond these recommendations. They should shoot for a minimum of approximately 300mg of daily EPA and DHA.

Infants, likewise, need increased amounts of omega-3 oils as they grow. It’s suggested that these children should consume as much as 500mg of total omega-3 per day. Though they may be able to get much of that through breast milk.

Should I Take More Fish Oil if I Have a Health Condition?

Given their many health benefits, omega-3 fatty acids have been shown to reduce the risks associated with a range of health conditions.

The American Heart Association recommends that those who suffer from heart disease should increase their daily intake of EPA/DHA combined omega-3s to 1000mg. Those who have high triglycerides should consume as much as 2000–4000mg every day.

Similarly, increased omega-3 intake has been linked to reduced cancer risk. This is particularly in relation to prostate, colon, and breast cancer.

Additionally, higher doses of omega-3 fatty acids have been shown to reduce symptoms of depression and anxiety.

As always, reach out to a licensed professional if you have a specific condition, and want to incorporate omega 3s. It’s always a good idea to discuss your decision with your primary healthcare provider first with any questions, comments or concerns.

Is It Possible to Take Too Much Omega-3?

Much like the daily recommended intake, there isn’t a widely-recognized consensus about how much omega-3 is too much.

The Food and Drug Administration (FDA), for example, cautions against taking more than 3000mg per day. While the European Food Safety Authority (EFSA) maintains that most adults should be safe in taking as much as 5000mg per day.

Why are these numbers relevant?

Well, for one thing, there do not appear to be any benefits to daily omega-3 intake beyond 5000mg, so there’s no point in exceeding that amount.

There may also be certain risks associated with extremely high daily omega-3 intake.

Some may notice some digestive issues if they take too much Omega-3s. This can be things like diarrhea or loose stool.

Still, for most people, the risk of taking too much omega-3 is not something we need to worry too much about. Omega-3 deficiency represents a much greater threat.

How Can I Get the Right Amount of Omega-3s?

Now, this is an amazing question because most people will assume they have to eat fish more often. They are right, this would be a phenomenal way to get more omega-3s.

However, for the average person, that is not going to happen on a consistent basis. That is where a high-quality supplement can help.

1st Phorm's Full-Mega is a high quality omega-3 supplement. The concentrated EPA/DHA formula makes it much more convenient to get a high-quality source of omega-3s in your diet.

Just take 2 of the Full-Mega soft gels (1 serving) one to two times daily. This will give your body the omega-3 support it needs to stay healthy and functioning properly.

As we covered earlier, it’s no secret that most Americans aren’t consuming enough omega-3s in their diet.

I think you'll agree ... a seafood-rich diet isn’t realistic for everyone. Although, enjoying the advantages of a diet rich in omega-3 is something we can all get behind.

This is a great option to help you do just that! 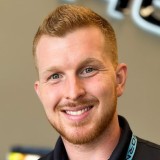