Is it true you burn more fat when you do cardio slow?

This thought process has been used by bodybuilders for years, as I remember people doing cardio at low intensities for 60, 70, even 90 minutes at a time.

So where did this come from?

From a physiology perspective, our body uses oxygen we breathe in through our lungs and produces carbon dioxide, which we breathe out of our lungs.

The ratio of oxygen our body utilizes and the amount of carbon dioxide our body produces is called respiratory exchange ratio (RER).

This is important, because research has allowed us to determine how much carbohydrate and how much fat is being burned by the body when exercising.

For example, by looking at the table below, studies have shown us that the percentage of carbohydrate and fat, which is used as a source of fuel for our muscles, changes as respiratory exchange ratio changes.

Let’s compare a 45 min bout of exercise on a treadmill.

NOTE: For the record, it doesn’t matter what type of exercise we are talking about, so if treadmills make you nauseated, then think of cycling, aerobics, swimming, rowing, elliptical, etc.

In the first scenario, we’ll say the person weighs 180 pounds and is exercising at a lower intensity, say around 50% of their maximum capacity, which our machines tell us translates into a respiratory exchange ratio of 0.80.

From the table above you can see that a large majority of the fuel being burned is coming from fat (67% of it).

So, for someone who wants to burn mostly fat, this is a great exercise intensity to follow.

The problem is that when exercising at lower intensities, the overall number of calories being burned is lower than when you are working at higher exercise intensities.

Let’s say this person burns 250 calories over 45 min, they have burned 167 calories from fat.

And when you calculate that every gram of fat burned yields 9 calories, you can estimate they have burned around 18.5 grams of fat (167 calories burned from fat/9 calories per gram of fat). Of the calories you are burning, a much larger percentage of them are coming from fat, as opposed to carbohydrates.  This is the reason why people say you burn more calories from fat if you exercise at lower intensities.

Example #2: The same person gets on the treadmill and this time exercises at around 85% of their maximum capacity, which our machines tells us translates in to a respiratory exchange ratio of 0.90.

At this RER value, approximately 33% of the total calories burned come from fat and 67% come from carbohydrate.

This time the person burns around 500 calories and as a result ended up burning around 165 calories from fat.

The major difference, however, was the much greater amount of calories burned as a result of exercising at a higher intensity.

In fact, almost 2x more calories were burned at the higher intensity than the lower intensity.

Now this information can be digested and spun however you wish.

One person might say, “Why should I exercise at a higher intensity, if all I want to do is burn fat ... and I can do that just as well while exercising at a lower, more enjoyable exercise level?”

This is a relevant question, but there are several reasons for why you should.

First, the harder you push your workouts, the more calories you burn. Many people feel like body composition management all comes down to calories vs. calories out.

For me, this is huge ... because I can simply eat more. If you believe or support this line of thinking, then this is reason #1.

Reason #2: The harder you exercise, the more you are going to improve your fitness as a whole. Improving your fitness will allow you to further increase your exercise capacity and continue to exercise at a higher and higher level of exercise intensity.

This combination over several weeks will result in you being able to burn an even greater number of calories as you elevate your intensity.

Additionally, by exercising at higher rates, you will experience more pronounced positive changes in several markers of health, especially those that relate to risks for heart disease, diabetes, and high blood pressure.

More exercise, or activity as a whole, is related to better improvements in cholesterol and triglycerides in your blood, decreased glucose, improvements in the action & maintenance of insulin throughout your body, and an overall decrease in resting heart rate & blood pressure.

In this respect, greater intensity leads to greater releases of the catecholamines, key hormones that facilitate fat burning in our muscles and fat tissue itself. Some examples of this would be dopamine, norepinephrine, and epinephrine.

Finally, as you burn more energy (calories) during exercise, the energy balance of our cells shift which ultimately results in a scenario in which more fat is broken down and made available as a fuel source.

In conclusion, both forms of exercise are awesome!  I’ve learned many times over that any exercise is better than no exercise.

So if the thought of doing higher intensity exercises means you won’t exercise, then by all means, go out and do whatever form of exercise you wish.

If you do want to burn as much fat as you can while also stimulating a host of other positive adaptations for your health, then higher intensities are better.

At the end of the day, when it comes down to comparing fat burning and that’s it, both forms of exercise are quite similar if performed for similar amounts of time.

Like I’ve said in one of my blogs, don’t get too hell-bent over what form of exercise to choose and just get out there and do it.

As your fitness and enjoyment improves, then think about ramping up the intensity on one or two of your weekly workout sessions. 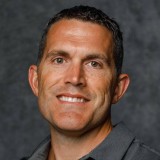