I had to split them up into two different articles because it would have been too long and more boring than normal.

Plus, as a whole, I’ve never been super excited about vitamins and minerals.

Nonetheless, it’s fascinating ... however, to consider that when put into groups or classes, many of them work together.

For example, thiamin (B1), riboflavin (B2), niacin (B3), vitamin B6, pantothenic acid and biotin all play some role in energy production inside our cells during exercise.

Vitamins A, C and E all have a primary role as an antioxidant while vitamins D and K are critically important for bone formation.

Minerals are chemical compounds that are required for various reasons by our bodies to maintain health.

Using the designation of macro and micro, many minerals are considered to be macrominerals, because they are needed by the body in amounts greater than 100 mg/day.

Thus microminerals are also called trace elements (because they are needed by the body in trace amounts) and have a daily requirement of less than 100 mg/day.

Many microminerals exist, but a limited few have research findings related to their use with exercising individuals.

What will follow is a brief synopsis of each macro- and micromineral. As mentioned, the common thread between them is that they are required in amounts less than 100 mg/day.

In summary, minerals, like vitamins, are an absolute prerequisite for optimal health.

Nobody will dispute that.

At the end of the day, you may not care two licks about what they do just so long as they do it.

Eating a wide variety of foods of sufficient amounts relative to your activity habits is a critical first step to making sure you are getting enough in your diet.

However, if you are trying to lose weight by restricting calories, trying to cut weight, or don’t eat many different types of foods (or eat a really crappy diet overall), the possibility of a shortage becomes much more likely.

For this reason alone, many nutritionists and dietitians often suggest daily use of a supplemental supply of micronutrients!

This post was written by Chad Kerksick, an Assistant Professor of Exercise Science at Lindenwood University in St. Charles, MO. Dr. Kerksick is a nerd for exercise physiology and particularly enjoys discussing strategies to lose fat and enhance performance through diet, supplementation and exercise. 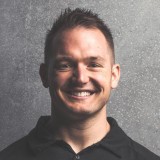