What is Plyometric Training?

"Plyometrics" are more than just a fun word to say. It’s also a fun way to train for maximum power. But, what exactly is plyometric training?

To put it simply, plyometric training is exercising with repeated bouts of rapid stretching and contracting of the muscles to increase muscle power. This is also called jump training, even though plyometrics are not limited to jumping. You can use plyometrics to train just about any muscle group.

Like I said, the main focus of plyometrics is gaining more muscular power. I think most people often confuse power and strength though.

Strength is the maximum amount of force that a muscle or muscle group can produce in a single effort.

Power is the speed at which a maximal force can be produced by a muscle or muscle group in a single effort.

So, the only real difference is that power also includes speed in the equation. The faster you can get your muscles to contract, the more powerful you will become. But, let's dive into the history of plyometric training, as well as some of the main benefits you can gain from it.

The History of Plyometrics

Plyometrics were first introduced in the 1920s in eastern parts of the world, although it wasn’t called that until 1975. The rest of the western world didn’t truly recognize this style of training until the 1960s and 1970s.

See, the Soviets had a scientist named Yuri Verkhoshansky who became known as the father of plyometrics. He called it “shock training” though ... and the results he produced made the rest of the world take notice.

What truly opened everyone’s eyes was the 1972 olympics. The Soviet Union dominated and won 50 gold medals to the United States 33 golds. One of those Soviet gold medals came from beating the US in basketball.

The US had won 63 consecutive Olympic basketball games, and claimed every gold medal in basketball from 1936 up until that point. So, it was a big deal when they got beat in that game.

The Science Behind Plyometrics

Plyometric exercises are thought of by many as just doing a lot of box jumps, but it’s more complicated than that. What makes it different is that the exercises make use of something called the stretch-shortening cycle within the muscle.

Don’t worry, I’m going to teach you what that is. First though, I’ll explain the phases of a plyometric exercise.

There are 3 phases to the stretch-shortening cycle [1]:

This is where the muscle gets stretched, building potential energy in the elastic components of the muscle.

Think of this like the squat you must do before you initiate a jump. This is where you decelerate from the eccentric phase while loading the energy as you get ready to release it in the next phase. If you're doing a box jump, this would be the transition from your full squat to the jump itself.

If maximum power is the goal, you want this transition phase to be as short as possible going into the next phase.

This is where the elastic potential energy gets used as you add it to the force produced with concentric muscle contraction.

Think of this like going from the bottom of the squat to springing upward in order to jump as high as you can.

To really understand why this works like it does ... you need to understand what elastic human muscle tissue is.

When talking about muscle tissue, the term elasticity refers to their rubber band-like nature. When you stretch a muscle, it stores energy. When this energy is released, it will bring the muscle back to its resting length.

This is just like what happens when you stretch a rubber band. When you let go, it returns to its normal length due to its elasticity. You can make use of the force it produces if you wanted to, let’s say, slingshot a paper ball across the room.

In the body, plyometric training makes use of this extra force by stretching the muscle rapidly before it contracts. Contracting the muscle produces force already to allow us to move how we want.

Taking advantage of the stretch-shortening cycle in this way adds that elastic force to the contraction force. This allows you to produce more power than you can under normal conditions.

So yeah ... that's the basic principle behind how this training style increases strength and power. Let’s take a jump for instance...

Have you ever tried to jump from a standing position without squatting down first? Try it. I’m sure you didn’t get very high, and it probably felt like you weren’t doing it right.

This is because you’re not taking full advantage of the potential of your muscles to propel you up in the air.

You see, muscle tissue can stretch (lengthen) and contract (shorten). The muscles used primarily to jump are the calves, glutes, and the quadriceps.

Squatting down stretches the glutes, quadriceps, and calves right before you initiate the jump. This is why you’re able to jump much higher when you do this first.

Now try this jump again 2 more times. Once where you drop into a squat and jump as fast as you can throughout the movement. The second time, sit in the squat for a few seconds before jumping.

I bet you didn’t jump as high the second time. This is because the potential elastic energy begins to decrease the longer you're in the amortization phase.

That potential energy is built up during the stretch. So, if you want to take full advantage of it, you don’t want to sit in this phase too long before the next phase of the jump.

This doesn’t have to only be done in a squat. You can do this with other exercises like a push up as well, or do it with single-leg exercises too.

As long as the exercise follows those 3 phases, you can take advantage of it to produce more power. But, be careful ... you don’t want to do this with every exercise.

For instance, think about doing this with a barbell bench press. You’d end up slamming the bar into your chest before trying to explosively push the bar up ... which can be dangerous. Be smart and don’t hurt yourself.

It can also help if you're looking to maximize your potential in sports and reduce your risk of injury.

Here is a list of some of the potential benefits you can expect to see from following a good plyometrics program [1, 2, 3, 4].

If you are working to lose weight, plyometrics can be helpful as well. When it comes to fat burning, the key is to burn more calories than you eat. Plyometric exercises are explosive and require maximum force production. This is physically taxing and can help you burn a significant amount of calories.

If you are wanting to add plyometric training into your current routine ... go for it! I think that’s awesome, and I think it’s a great idea to enhance your results.

The best time to do plyometric training in your workout would be before hitting the weights, but still after you do your dynamic warm-up.

The reason is because if your goal is to increase maximum power output, you want to be fresh and ready to perform. If you do your resistance exercises first ... you damage and fatigue the muscle beforehand.

Think of it like this. If you were trying to jump as high as you can, do you think it would make sense to do squats and deadlifts first? That probably wouldn’t lead to your highest jump, right? Well, that's the whole point of plyometrics ... speed and power.

If you're looking for more help with designing and implementing a plyometric program ... or any fitness program for that matter ... download the 1st Phorm App! You'll get access to a full library of exercise programs with instructional videos to help out. On top of that, you'll also get awesome features like:

If you have any questions, or need any help ... reach out to us! We're here to give you the knowledge, accountability, and tools you need to earn great results! 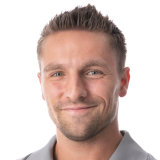